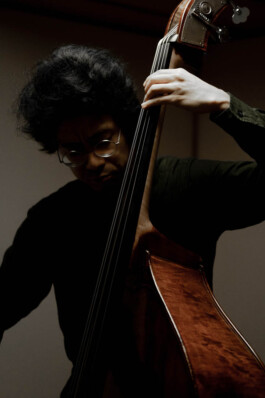 Masashi Yamamoto is a double bass performer, mainly plays contemporary music and improvisation. He has also performed as a double bassist in major orchestras and musicals in Japan.He has been active as a solo double bassist and regularly gives solo concerts without accompaniment. He has received favorable reviews for his elaborate programs that include solo pieces from the Baroque to the modern era, double bass solo pieces composed by himself, and improvised performances. He has made it his mission to revive and pass on works that have rarely been performed again. In recent years, he has also been actively commissioning composer from Japan and abroad. In addition to expanding the repertory of solo works for double bass, he is pursuing new musical expression with the double bass.